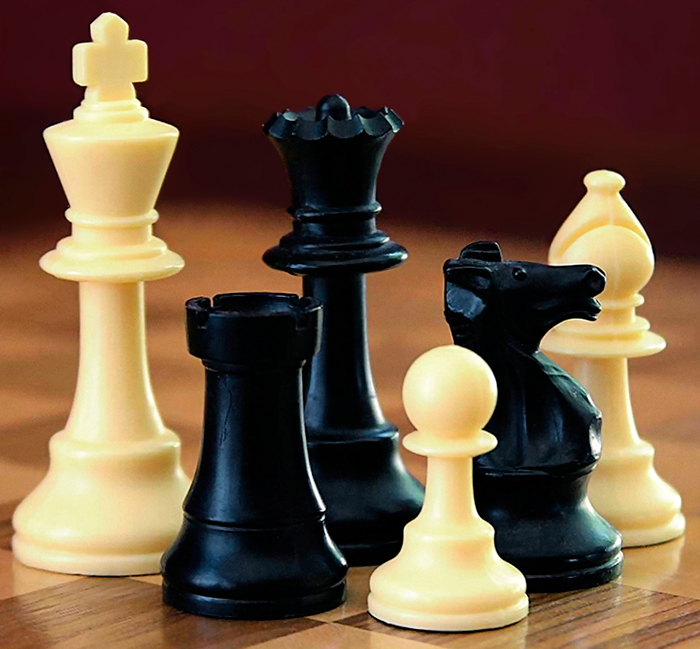 Chess is a two-player strategy board game played on a chessboard, a checkered gameboard with 64 squares arranged in an eight-by-eight grid. It is one of the world's most popular games, played by millions of people worldwide in homes and in tournaments. In recent years, chess has become part of some school curricula.

Each player begins the game with 16 pieces: one king, one queen, two rooks, two knights, two bishops, and eight pawns. Each of the six piece types moves differently. The objective is to 'checkmate' the opponent's king by placing it under an inescapable threat of capture. To this end, a player's pieces are used to attack and capture the opponent's pieces, while supporting their own. In addition to checkmate, the game can be won by voluntary resignation by the opponent, which typically occurs when too much material is lost, or if checkmate appears unavoidable. A game may also result in a draw in several ways, where neither player wins. The course of the game is divided into three phases: opening, middlegame, and endgame. 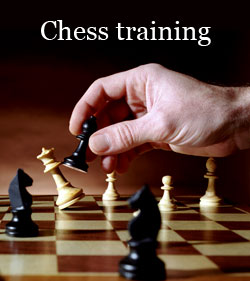 Learn about the news first!