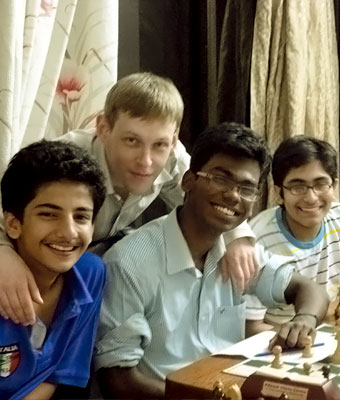 By the beginning of my training career I had accumulated a certain amount of coaching ideas, methods and approaches inherited from a highly experienced mentor and the honored trainer of Ukraine – Alexander Vaisman.
In 2002 I began to train children from the Belgian club Eynatten. My students became champions and got awards in youth championships in Belgium.
My first great coaching experience took place in 2006, when I started training talanted 13-year-old Indian Parimarjan Negi. It was our intensive collaboration that gave Parimarjan a new boost to develop his skills even further and led him to achieving the desired goal of obtaining the GM title in June of the same year. Parimarjan scored his final GM norm in the grandmaster tournament in Satka (Russia) and being only 13 years, 5 months and 22 days old, he became the second-youngest grandmaster in the history of chess.
In 2007, being a team member, I helped Michael Gurevich to prepare for his candidates match against Peter Leko as well as started working with a young Indian chess player S.P. Seturaman. This experience turned my life around and I totally went into coaching.
Over the years of professional work as a coach I have developed my own methods of coaching, and the success of my students did prove its high efficiency.
I have prepared 6 International Grandmasters, 4 International Masters, champions and winners of World, Asian and National youth championships. Vaibhav Suri became an International Grandmaster at the age of 15, while S.P. Sethuraman, as a member of the Indian team, won bronze medal at 41st World Chess Olympiad in Tromso (Norway, 2014)
In 2015 I was awarded the highest trainer's title of FIDE Senior Trainer. 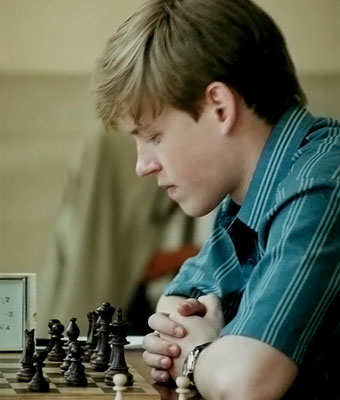